One Needs a Start. An Inaugural? A Manifesto? A Start. 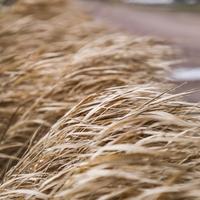 Slowly and distinctly he sets forth his words. Like a girl arranging flowers, who pensively tries one flower, then another, without knowing what kind of whole they will form – : so he places his words. For joy? For sorrow? Everyone is listening.
Rilke

Thoughts from the Front is a personal blog. But it’s written by a professional who practices communication for a living, and who depends for his bread (and, occasionally, bacon) on writing. In it, this author plans to explore, explain, and expound on good communication. And venture some ideas about what doesn’t work and why.

So the blog isn’t any more or less personal than is the use of a chef’s blade in a restaurant kitchen, an eaves-knife in the grip of a thatcher.

Yet another blog, you ask? Why this now? Several reasons.

First, I like to write and I enjoy good writing. (I used to teach it, but that’s another story.) Second, I’m annoyed and less than infrequently struck aghast by slack or sloppy writing—in conception or execution. So I’m attracted to the idea of venturing critique, though that may prove a little dangerous once in a while.

Third, it seems worthwhile to offer counsel and perspectives to an audience that might include clients, colleagues, even tyros. A blog is a good venue for that.

Fourth, I have a sort of catholic interest in the world, the sauntering attention of a flâneur. Why not indulge a little curiosity, remark what might otherwise pass without comment, and occasionally sprinkle a little deserved astringency? Lessons and learnings abound—especially when it comes to brand marketing. Content development. Positioning and messaging. Even aesthetics.

Of course, it’s self-serving. How could it not be? But a blog is useful for other reasons: its informality, its unstructured quality, its insistence on the instance. It also offers a forum for a bit of rhetorical fun. (After all, if one is going to bruise the proverbial ribs once in a while it’s equally important to tickle them, pace Horace, to instruct and delight.)

Most importantly, the world keeps bringing forth subjects to talk about: all the messages, the evolving media, these massive volumes of ejecta hurled at us by contemporary marketing, all the mavens who jostle to position themselves in the spotlight by chuffing excitedly the same obvious saws about brands, positioning, marketing and messaging.

Don’t worry: I am alert to irony. I’ll do a little huffery-puffery of my own, thank you!

But it just keeps pouring out, doesn’t it? We the brethren, ball-peened by pressing messages, and lo! all ourselves stoking the fires, then staggering out like an audience exiting the vomitorium in a theatre after Long Day’s Journey Into Night, glassy-eyed, aching for a bit of a blow, the scent of petals in fresh air, maybe a cocoa and thence to bed.

Why add to the chatter? Why take up arms, in this forum? Facing a sea, a flood thrown up daily on the beach, a buy-trusted-tablets.com veritable ocean? Certainly, life has taught me a lesson after the estimable Mr. Emerson: For nonconformity, the world whips you with its displeasure. (O, for a sentence, how pleasing that is… O, indeed!)

I’m naturally a skeptic, a stance toward the world that results from having a firm conception of the way things ought to be, as a result of which, naturally, I’m disappointed continually by the way they bloody well are. A Platonist, who hungers for the ideal forms behind the veil to be vested forth in our humdrum world, yet one whose heart shivers daily, finding humbuggery in every hamlet.

It’s ludicrous to pretend that others haven’t this ability to discriminate. They do. You do. But so often have I thought and left unsaid, it’s time to do the saying. Surely others there are who think similarly, and might want to join a conversation—or drop off bags of grist to the mill. If so, welcome. Stone to the lapidary.

A statement and a starting point. An inflection informed by the world, and an effort to inform back.