Mateen Was a Madman. We’re Mad for Allowing Killing Machines. 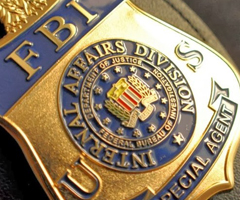 The Washington Post last week reported that the FBI had dropped investigations of Omar Mateen before he committed his premeditated murder of 49 people at the Pulse dance club in Orlando a week ago Saturday, and that some are blaming the FBI for allowing the tragedy to happen.

The FBI is not at fault for what happened in Orlando. We are. This mass murder happened for no other reason than that killing machines designed for warfare are available for sale to anyone …